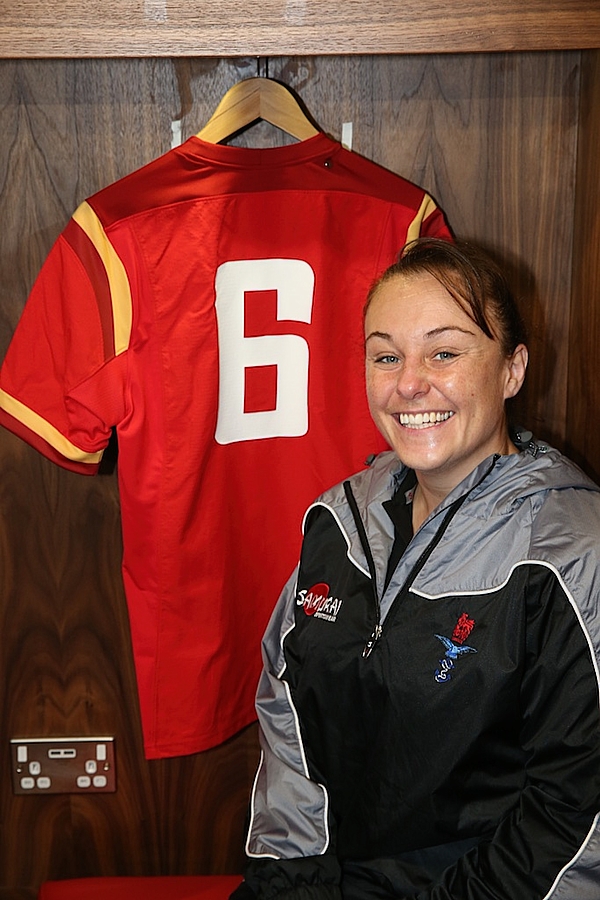 There is probably only a couple of players who are as well placed to understand the impact of the Women's Inter Service Championship and its interaction with Navy Rugby as Charlie.  Since the tournament's inaugural match in 2013 she has played in 23 of the 30 matches.  She did not partake in 2003 or 2004 which was the year before you joined up , Charlie missed the Army Navy match in 2006 due to flying training and Operations in Afghanistan caused her to be abscent for the 2010 campaign.

During this time she has established her self as a flank forward that fits so well with the many names that are regularly spoken about in Navy Rugby.  She loses nothing in comparison with fellow September 2018 inductee, Roger Godfrey, or the likes of Paul Dunn and Mike Connolly, other flank forwards in the Hall of Fame.  For all four their game was based on a huge work rage, ferocity in the tackle,  a passion for their Service and an unflinching appetitie for the battle.  But when the battle was done there was a heartful embracement of the values of the Game and a deep respect of their opposition.  A reason why all four were so well respected by their peers when they played in the colours of the Combined Serives, latterly known as United Kingdom Armed Forces.

Unlike many of her current colelagues Charlie was not introduced to rugby through the Naval Service. With her dad a rugby coach and a brother who played, Charlie's competitiveness was no doubt born out of sibling rivalry in those early days with a ball in hand.  A brief interlude, due to a love of horse riding, saw her return to the game at Manchester University before joining Old Alabanians.  Whilst there she was selected for and captained the East of England Divisional side before joining the Royal Navy in September 2004 where she took part in a Women's VIIs match.  Later that season shw made her debut for the Royal Navy Women and has been a first choice selection ever since whenever she was available.

Winning Combined Services colours in 2007 aswell as 2009-2012 Charlie remains (Sep 2018) the only Royal Navy Women player to have won a United Kingdon Armed Forces cap; which were introduced in 2015.  That Charlie holds three UKAF caps at a time when the Army and the Royal Air Force have dominated the game in the Services gives a credibility to her playing achievement far greater than a 1000 words could do justice to. 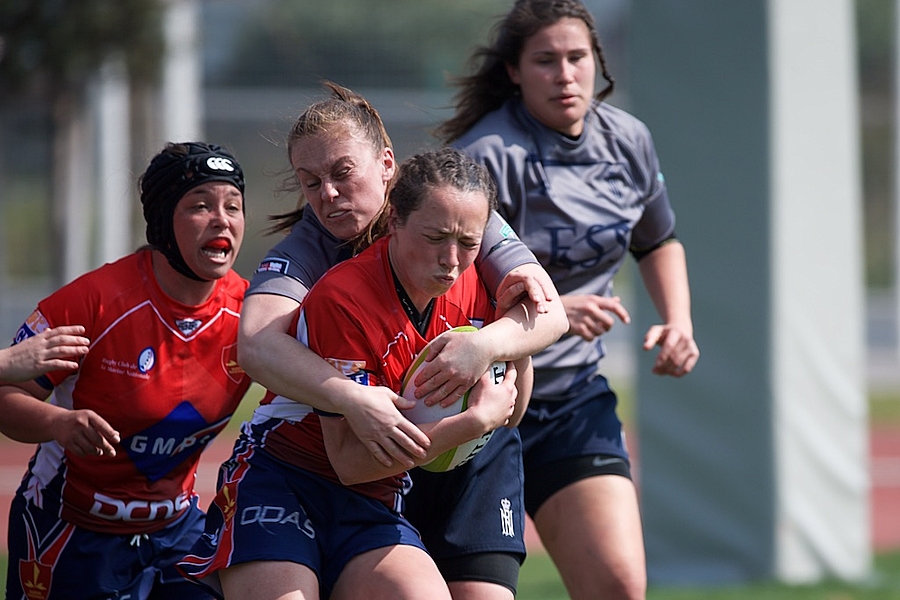 But it is for her performance in the famous Navy shirt that Charlie has been inducted to the Heart of Oak, hall of fame.  There have been a number of players in the first two decades of Women's rugby who have been a force of strength around which the team have been able to rally.  Their performances have transcended the end result of the game and perhaps the only disappointment remains that the likes of Garrett, Bennett-Smith, Lewis, Morton or Fredrickson were not seen playing in a better team.  However to understand their contribution and their place in the telling of the History of Navy Rugby it is important to look beyond the result and look at the individual player and their personal contribution.

Whenever she has pulled on the Navy jersey, Charlie has taken the field and performed in "the best traditions of the Service".  This has included two periods as captain, from 2011-2013 and again from 2015-2017.  However those far closer to the Women's game in the Royal Navy than me also speak so highly of her contribution off the field, a responsibility few invovled with the men's game, have to take on in quite the same way with the greater level of support they enjoy.

Like many of the famous men who have represented Navy Rugby before her, Charlie's Service exploits have also been mirrored by a successful civilain rugby career aswell has a successful professional career.  A time spent with Penryn was followed by returning to Old Albanian Saints before joining Women's Premiership champions, Saracens.  She also represented the South West Division and captained Cornwall.

Though inducted at the end of her contribution to the playing side of the game it is hopefully not the end to her contirbution to Navy Rugby and hopefully her wide experience will be available in a future coaching or administrative role.  As alluded to by French Admiral, Jean-Claude Soulé, a huge and knowledgable fan of Charlie's contribution to Navy Rugby, perhaps she may emulate another former Captain of Cornwall and Captain of the Royal Navy, Chris Alcock:

"A last word for my friend Charlotte, the brave captain of the British team. "It's not for this time yet. But I do not doubt that patience is also one of your qualities. I remind you that our team from France had waited more than 40 years to win their first success in England. But also that it had taken 10 years for the CNMN men to achieve it. You'll get there too, even if, for that, you have to become "chairwoman" or, even, president of the RNRU, you are well able! ".

An interesting thought and future possibilities for the next evolution of the Women's game in the Naval Service. 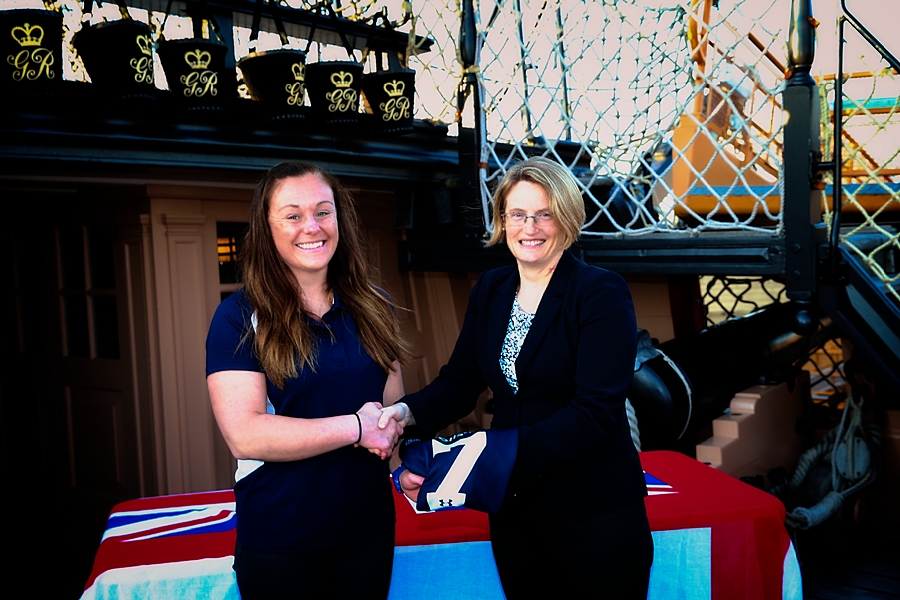 17 RNRU Caps - The 8th Royal Navy Woman to be awarded a Representative Cap.

*note Charlie's playing carrer transcended a period when caps were not awarded, then a number of quaifying matches had to be played before today;'s system of a cap for each match, similar to the men, is in force for Inter Service games and matches aginst Marine Nationale.

Charlotte Fredrickson was admitted to the Heart of Oak, Hall of Fame, September 2018