344th player to be capped by the Royal Navy Rugby Union

At least 3 matches including 1964 match against New Zealand

Roger Godfrey was the RFU's senior administrator under the long standing RFU Secretary Dudley Wood. He played an important and influential role in the 1990 negotiations with Home Office following the report in to the Hillsborough tragedy. It was partially through his sensible stewardship that stadium regulations for rugby reflected the long standing respect for each other than rugby fans have long had and the fact that segregation was not in force or ever likely to be needed in the foreseeable future. 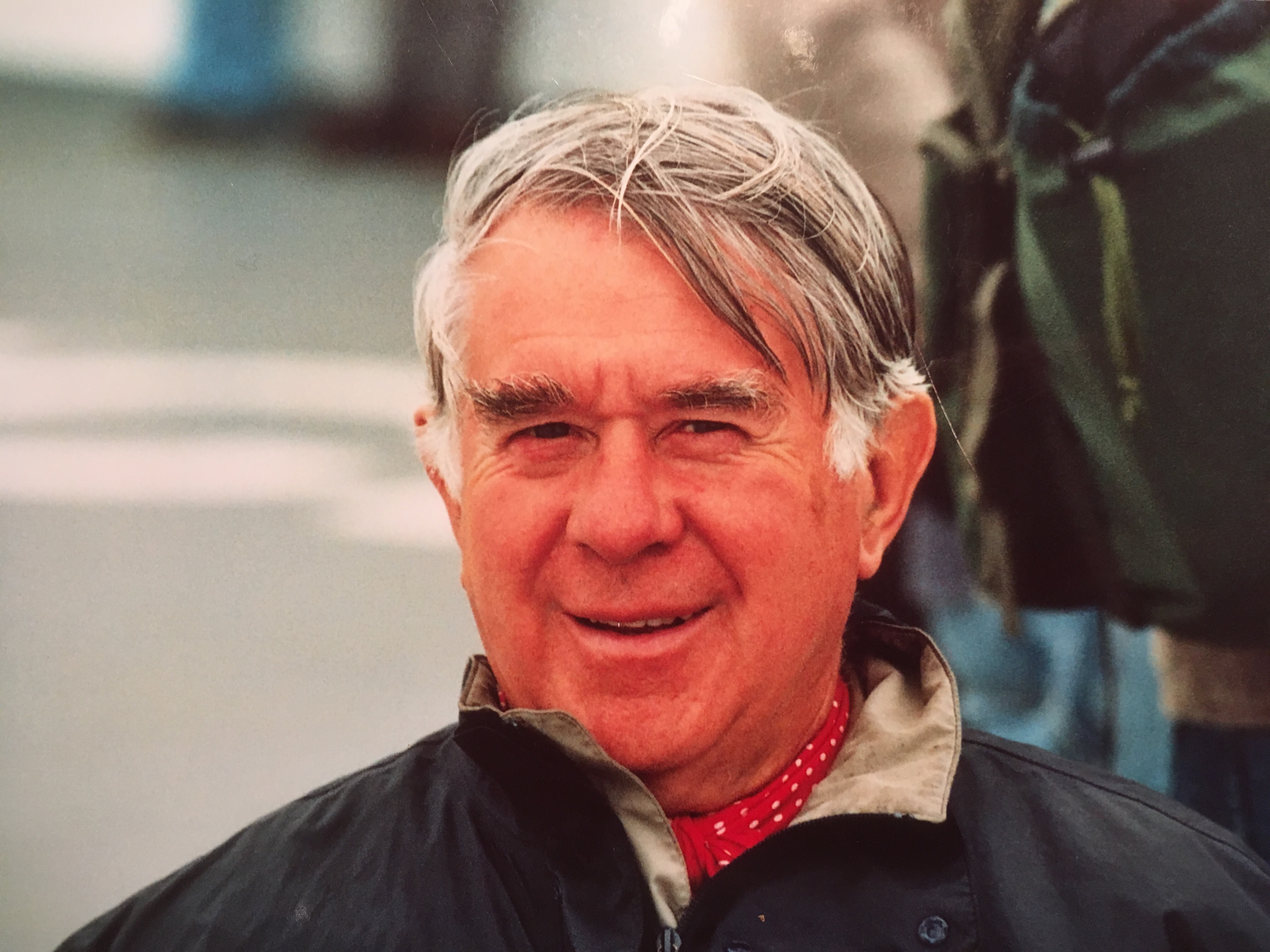 Roger the player, Roger the administrator and Roger the man

Roger the player, Roger the administrator and Roger the man all shared a common thread, one of putting others first.  He was a consummate team player who perhaps in today’s parlance would be described as per England International Chris Robshaw as the ‘glue’ of the side.  He was supreme at operating slightly in the back ground, never seeking the limelight but also never shunning responsibility or delivering of his best.  In many of the conversations I had with him about Navy Rugby in the 60s he provided the colour that book-based research so often lacks.  But though my understanding of the Navy teams of this period undoubtedly benefitted from Roger’s insight he would never provide the insight to his own undoubted contribution.  For that we have to rely on others.  What is abundantly clear though was that Roger was the epitome of the type of Navy Rugby player that has been chosen to be entered in to the hall of fame - Heart of Oak.  Whether as the 1st Lt on HMS Falmouth in South Afirca or at Twickenham for the Combiend Services against New Zealand he ensured that the values of Navy Rugby were always portrayed in the right way and his legacy to the game endues today.

Roger enjoyed an eleven year Navy playing career which included a year as captain (1964) and two Inter Service titles.  From his debut as a Dartmouth Cadet in 1959 to his final game in 1969 he was to grace Twickenham on sixteen occasions winning the respect of not only his Navy colleagues but also the RAF, Army and perhaps a more difficult audience, the National Press.  When you read the press reports of the games that Roger played in you get a sense that the hacks in the East stand really appreciated his all action style.  His energy levels.  His non-stop tackling.  His link play and timing of the pass.  Three times in his first seven games he was considered the man of the match, often when the Navy had lost, a rare accolade.  His contributions in both Tremayne Rodd’s Championship side (1961) and that of Mike Davies (1966) were specifically mentioned.  Both captains were seasoned internationals whose contributions to their country and the Navy’s cause are well documented but in the unique environment that is the Service Championship they had to give second best to the man with the 7 on his back, Roger Godfrey.

Those early matches had reports that focussed on Roger’s work rate, tackling prowess and how good a passer of the ball he was.  Short balls, delivered with soft hands, frequently gave his half backs that extra yard of space.  A skill that would be so valued today as the game looks for forwards who can tip the ball on to confound the all suffocating rush defences.  However, it is one report from the Times, later in Roger’s career that has always stood out and it comes from the 1966 match against the Army, which the Navy won 10-9 to break the Army’s IS stranglehold.

“The Navy owed much to a hard, relentless pack of forwards who never let up their bustling of opponents to whose reputations they paid not the slightest heed.  They started to rub Army noses in the mud from the word go, with the volatile Godfrey, Hallett and Lavelle liable to spread alarm, if not despondency, anywhere and at any time in the loose.”

I defy anyone who has played in the backrow for the Royal Navy not to nod in appreciation as they read the quote and wish it was a quote written of their play.  I would also defy anyone to find elsewhere the words volatile and Roger Godfrey in the same sentence.  Perhaps, as the saying goes it was a case of ‘old age and treachery over coming youth and skill.’

Roger remains (Sep 2018) the Navy’s most capped open side and he probably would have won more but for his career in the Submarine Service.  I am sure it is a record that will soon be broken, not least because there are now three not two capped matches per season.  That it has stood for nearly fifty years perhaps says more that any words can about the special player Roger was.

Roger’s time as an administrator was defined more by his work as the RFU’s Senior Administrator than the continued contributions he made to the Navy cause after he hung up his boots.  To appreciate Roger’s contribution to the RFU you first have to appreciate Dudley Wood who was Roger’s boss and RFU Secretary for the entire period.  For many Dudley Wood will be remembered for his staunch support to keep the game amateur.  His views are probably best articulated by Wood’s own words;

“We are very lucky in having run a sport for well over 100 years which is played for pleasure and not for financial reward.  We believe we are running a sport as a recreation for players to play in their spare time.”

But this narrow view misses the point and also why Roger was so valuable throughout this time.  Dudley Wood was recruited by the RFU from ICI where he was one of their key marketeers.  Immediately he set about transforming many of the established procedures to be found in the RFU.  He removed the RFU telephone number being ex directory, he opened the stadium earlier.  And he spoke to the media!  It was this last point which at times caused problems.  In no particular order he was accused of racism by the Daily Mirror, being a dinosaur/King Canute due to his views on amateurism and of course the famous quote as to the relationship between the English and Welsh in terms of rugby caused uproar in the valleys west of the Severn;

“The relationship between the Welsh and the English is based on trust and understanding. They don’t trust us and we don’t understand them.”

However, behind the scenes this period of the RFU history saw Twickenham transformed from a 65,000 capacity stadium to 75,000 all seater at a cost of £60m.  The innovative youth development programme based at Catlecroft was rolled out and league rugby was started.  If this wasn’t enough it was also the time of the Hillsborough disaster and the Taylor Report.  Taylor’s recommendations if implemented as written would have radically altered the relationship between Rugby Union and its supported.  The RFU, along with the Rugby League, successfully lobbied for a more measured approach, which is what the government eventually implemented.

Taken together it was a huge change programme and though most of the letters to be found in the archives bare the signature of Dudley Wood they are written with the DNA of Roger Godfrey.  Roger’s contribution was frequently acknowledged by Dudley himself but was also recognised by the RFU when they conferred Roger with Privilege Membership.  An accolade very rare for a member of their own administrative staff.

I wished I had had the opportunity to see Roger when he played at Twickenham.  But whether within the stadium or its offices or at the boot of the car in the West Car Park, Roger never left Twickenham from that first visit as a Cadet in 1959.  Twickenham was his second home and in later years I enjoyed many a conversation of the special nature of Navy Rugby as he sipped a glass of red wine at the back of a car boot picnic.

Roger Godfrey, a great man of Navy Rugby.  Always the team player he will be fondly remembered as one of the Navy’s best players, a fine Selector and an astute administrator.  He will always be part of Twickenham and its history and his contribution to today’s game though largely unheralded was certainly profound. 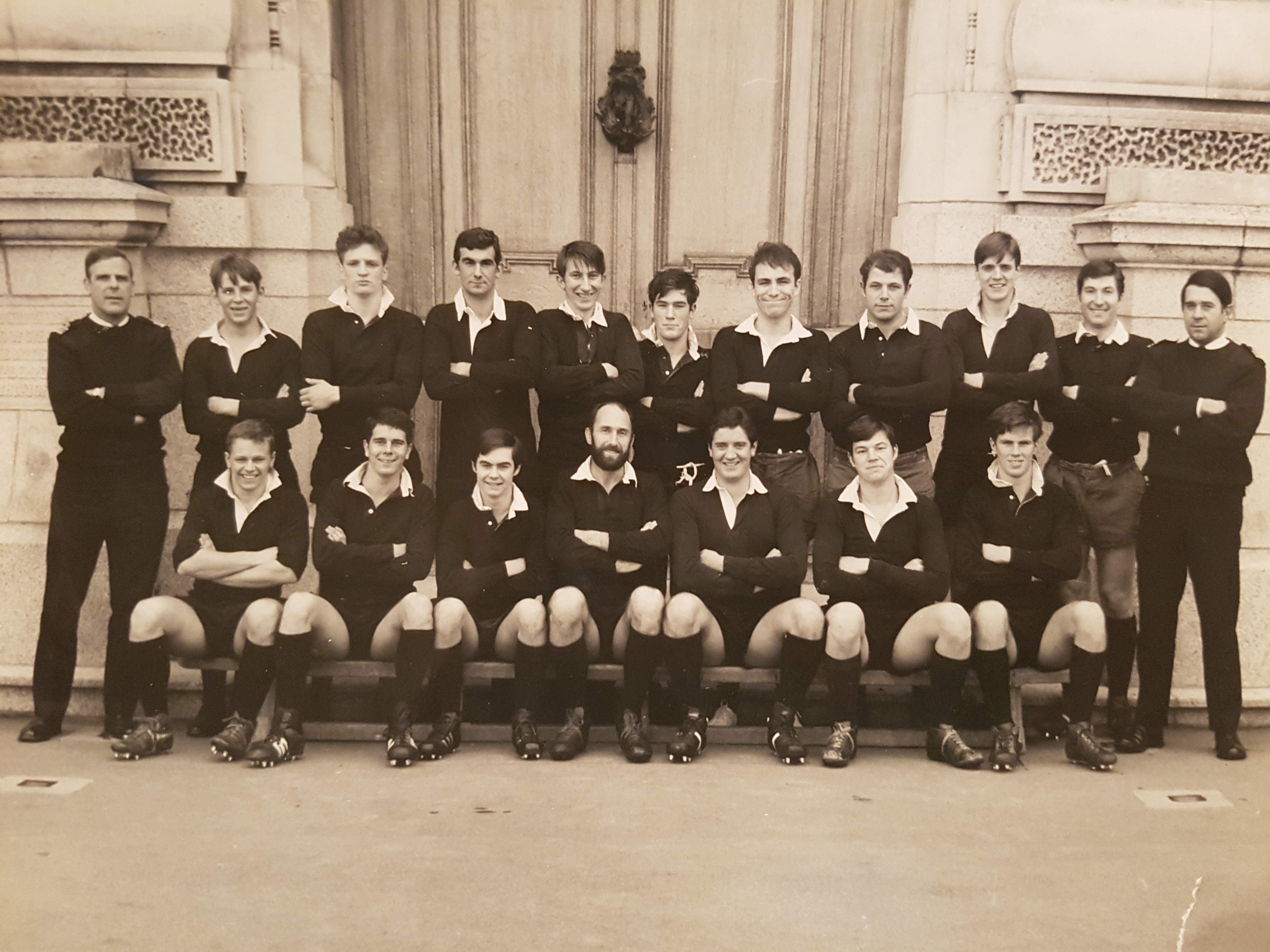 Roger Godfrey during his time as coach at BRNC, Dartmouth. Image: Courtesy of Bug Wrightson

Roger Godfrey was admitted to the Heart of Oak, Hall of Fame, September 2018