The earliest record of Life Membership of the Royal Navy Rugby Union was made at a Committee Meeting held, at the Admiralty, on 4th September 1929.  At that meeting the minutes of the March 1929 Annual General Meeting were confirmed and as agenda item 4 some changes were made to the election of officers for the 1929-1930 season.  Engr Capt Start's position on the Committee is confirmed and is annotated as Life Member.  Minute 5 went on to note:

A hearty vote of thanks was passed to Engineer Captains S.P. Start R.N. for his past services, and to the Rev W. H. Goudge for stepping, at great personal inconvenience to himself, into the breach created by Engr Captain's Start's appointment abroad.

By the September 1930 meeting both Engr Capt Roberts and Engr Capt Start were shown on the minutes holding committee positions as Life Members but currently there is no available record of when the honour was conferred upon Roberts.  Both Roberts (as Captain) and Start played in the first Navy v Army match played after the formation of the Union in February 1907 and were, at the time of the match, serving together at BRNC Datrmouth.

The table of past and present Royal Navy Rugby Union Life Members is now, I believe, to be complete, but you can never be 100% sure and I am always grateful for any information that can add to the history of Navy Rugby.  A few of people of note in the table are Steve Harland, Paula Rowe and Mark Sugden OBE.  Steve was the first Life Member who did not leave the Naval Service as an officer; as with the history of selecting players it took the Union a while to look outside of the officer cadre.  Paula Rowe was the first women to be invited to become a Life Member of the Royal Navy Rugby Union.  Mark Sugden OBE remains the only Life Member who was a civilian, having worked as a modern languages teacher at Britannia Royal Navy College for many years.

Adm of the Fleet 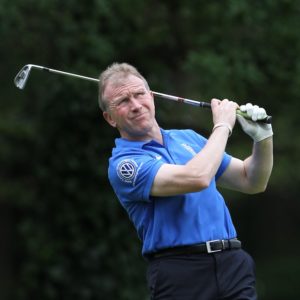