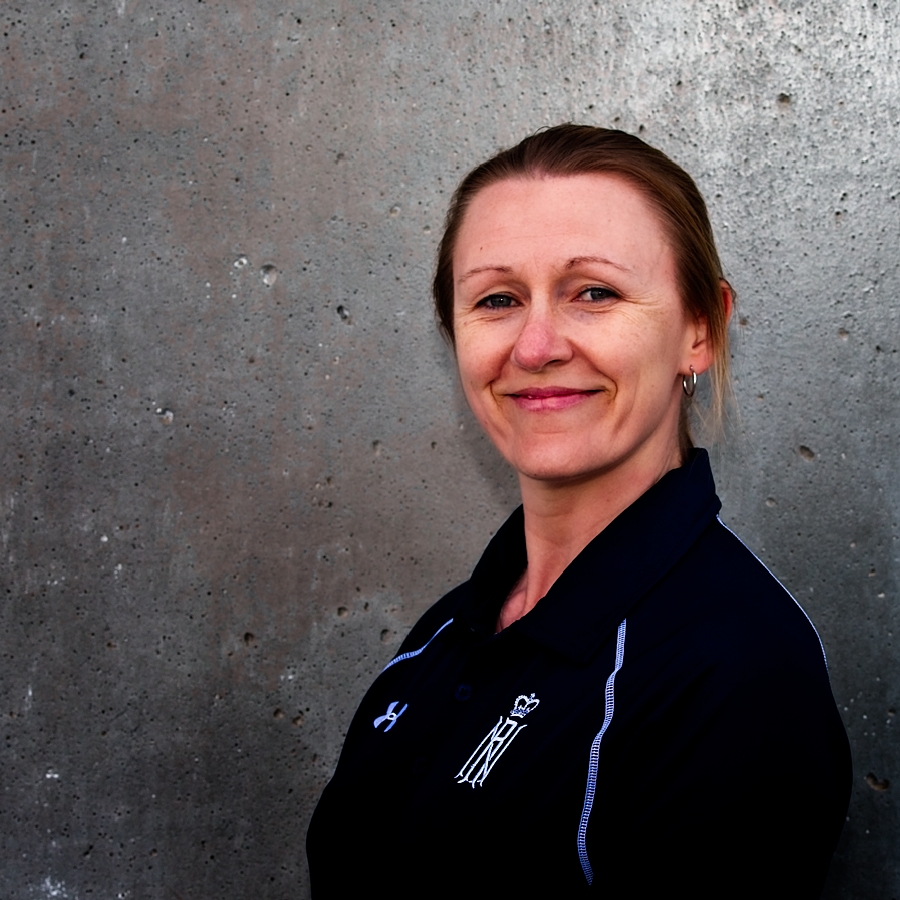 Jane West was introduced to rugby union in the earliest days of women's rugby in the Royal Navy.  In 1997 she was invited to a training weekend, held in Portsmouth, by Jane Pizii (now an established RN Rugby Referee), who was also serving at RNAS Culdrose at the time.  Under the guidance of former Navy wing, Eddie Over, Steve Wrigglesworth, who went on to coach the Navy Senior XV, Steve Melbourne, another who went on to coach at Senior XV level and Paula Rowe, acknowledged by Navy Rugby as one of the key driving forces behind the Women's game in the Royal Navy., Jane had her first introduction to the oval ball game and was officailly hooked as an 'egg chaser'.

Prior to discovering rugby, Jane's main sport was atheltics as a sprinter, so it was natural that she found herself on the wing for the decade she played, although she did move inside to centre, when playing needs required.  Those pioneering days of women's rugby withn the Royal Navy were perhaps very reminiscent of the earliest history of the men's game.  Hallmarked by a lack of understanding by those outside the women's game, at times woeful support, under resouced and surviving through the drive and determination of a small handful of evangelists determined to make the break through with the sport they so passionately enjoyed.

Perserverance did begin to bring some rewards and perhaps one of the earliest prestigious fixtures was against Harlequins Ladies.  This match was played at Quins historic ground, the Twickenham Stoop, and as a player running out on to the prestigious turf it is unlikely that Jane could have imagined that she would return to the Stoop in 2018, bringing with her the Royal Navy Rugby Union's Women team; that this team would all be entitled to a Representative Cap for palying an Inter Service match against the Royal Air Force and that this first Inter Service game at a 'stadium venue' would mark fifteen years on Inter Service Women's rugby.

Though the Royal Navy Women had played the Royal AIr Force in 2001 it was not until the 2003 season that the Women's Inter Service Championship was begun and it was not until 2005 that the team enjoyed the taste of victory when they beat the Royal Air Force, 10-5, at Devonport Services Rectory Ground. However it was a game missed by Jane, the reasons for which are best summed up in her own words, along with the resulting highs and lows that are always associated with any involvement in sport:

"The team grew from strength to strength and some of our early Inter Service games against the Army resulted in scores as low as 61 - 5.  The support for the Women's team continued to grow and I was regularly flown back from deployments to compete at the Inter Services.  In 2004 and right at the wrong time I fell pregnant and was due to give birth in Feb – just in time for the Inter Services.  Unfortunately, due to giving birth to twins, the Head Coach would not allow me to play (sic - in 2005).  Determined to be fit for the following season, I returned to pre-season training with Plymouth Albion Ladies in Jun 2005 and with the RN Squad in Sep.  It was this year that I was selected to Captain the RNRU(W) and was also selected for the Combined Services squad for the annual Remembrance fixture.  There was no greater moment or honour than leading the team out at Kneller Hall to face the Army! Unfortunately it would be the last time I stepped onto the rugby pitch as a player.  The results of an emergency MRI scan revealed an annular tear in the cartilage in my neck between C4 and C5."

Jane neglected to mention that prior to playing the Army, the Royal Navy Women had backed up their 2005 victory against the Royal Air Force, with a second win in 2006, this time at US Portmotmouth's Burnaby Rd ground. 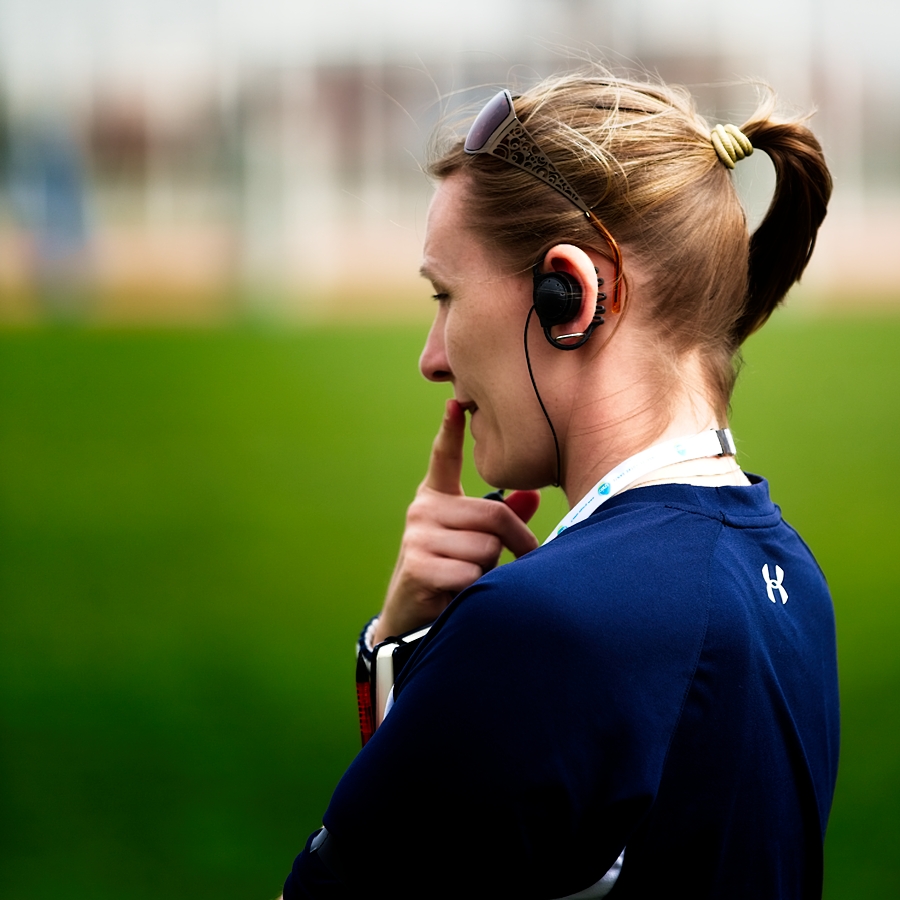 It would have been easy for Jane to have been lost to the game, however in 2009 she was invited by Mike Connolly (RNRU Life Member and Heart of Oak inductee) to be part of the backroom staff for the Royal Navy Mariners (Navy Rugby's veterans team).  There are few to rival Mike's knowledge and understanding of the game in Navy Rugby and her time working alongside him, and the Mariners, were to prove invaluable as Jane moved from being a former player to an administrator - an administrator with serious amounts of drive and determination.

In 2015 Jane became Team Manager for the Royal Navy Women and the following year Team Manager for the United Kingdom Armed Forces Women's side.  With the UKAF side Jane regualrly worked with a host of international players that played for either the Army Rugby Union or the RAF Rugby Union, whilst with the Navy there were very different problems to address as work continued unabashed in trying to grow the game in the unique environent that is the Naval Service and, allied with growth, to increase the experience and depth of skills amongst the players.  It is hard to convey in words the real significance of these challenges but they are the match of any encountered by the forefathers of the Union in the early 1900s upto and after WWI.

Through the drive and determination of Jane and other like minded Navy Women players and former players the next stage of the Women's game in the Naval Service is beginning to take shape.  A development XVs team along with a VIIs side will hopefully increase the pool of talent and considerable work is being undertaken to refine the fixture list to meet today's requirements.  Jane has been the first to admit that not all the intitatives have proved successful but that has not dimished the enthusiasm nor the desire to learn from set backs and continue to explore new ways to move the Women's game forward.  Within the squad there is now an increasing number of players benefitting from playing rugby at first class clubs and the playing base is also increasing.

One of the first people I admitted to the Heart of Oak, hall of fame, was David Bedell-Sivright, who was also one of the first inductees to the Scottish Rugby Hall of Fame.  Historians recount frequently that Bedell-Sivright "had a reputation as an aggressive and hard rugby player, as well as a ferocious competitor' and whenever you speak with Jane you realise how much of a fierce competitior she is, no doubt made from the same mould.  Like Jane, Bedell-Sivright, played his rugby at a time when the Union did not have a side to which it awarded caps.  It was not a barrier to entry as his contirbution to Navy RUgby, in the widest sense, was clear to all who studied the history.  Similarly in inducting Jane as one of the first two Women players to the Heart of Oak, hall of fame, her contribution to the progression and playing of the game in the Royal Navy Rugby Union is acknowledged.  A return to sea has forced Jane to stand down from her current administrative duties, but I feel sure that there are a couple more chapters to Jane's story to be added before she finally calls time on her administrative quest.  Her eyes still burn bright with the fire for the fight to promote the Women's game at each and every opportunity.

Jane West was admitted to the Heart of Oak, Hall of Fame, September 2018